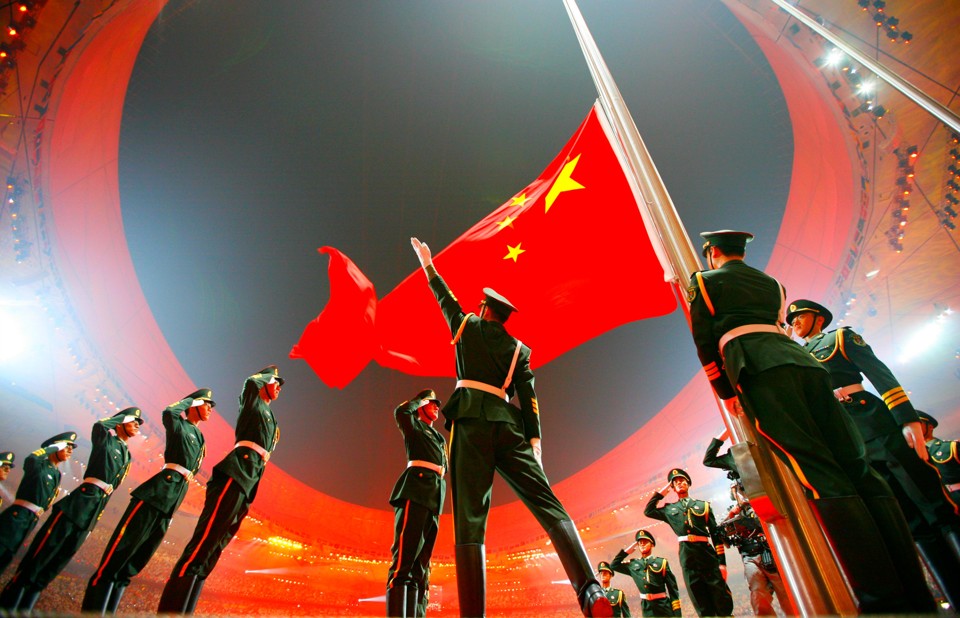 What we refer to as “China” draws up remarkable images in Western imagination. It’s a land so distant, so far away and seemingly so removed from our own familiarity that it captures the awe, wonder, intrigue but also the contempt and prejudice of every day opinion. Go and ask people about China and you’ll hear novel depictions of mighty great walls, exquisite architecture, oriental dragons, terracotta warriors, decorated pottery and mysterious calligraphy. Yet if you dig deeper, you’ll probably hear unpleasant and rash stereotypes such as, pollution, smog poor quality goods, dodgy business practices and brutal politics.

Taking these common stereotypes into account, it is not outlandish to say that people in Western countries as a whole don’t know much about “China”. At best, the country is interpreted through a number of novelesque “mythologies”, subconscious biases and popular imaginations very much in the frame of what has been described above, most of which are perpetuated throughout media, politics and popular culture. People genuinely think that China is a bit of a “backwards” country, but that they’re in a process of “becoming like us” and ought to “adapt our values”- once this happens, we assume they will shake off the chains of the “brutal” and “backwards” Communist Party and become a “progressive” liberal democracy, just like the west.

This form of highly patronizing and be-littling thinking underlines most Western approaches to the world outside outside of the Atlantic-European sphere, in a school of thought which Arabic scholar Edward Said described as “Orientalism”. Rooted in European colonialist thinking, Orientalism is a mentality that naturally assumes that nations and cultures of alternate political cultures to those which originated in Western Europe are naturally, inferior, barbaric, backwards and in need of “assistance” by the means of western powers (originally those in Europe, now the United States) to achieve progress. Although “Orientalism” originated as a term to describe Western policy and depictions of the Islamic world and Middle East, its definition has became applicable to numerous other cultures who have suffered from Western political supremacy, not least that of China.

Orientalist thinking demands that “non-Western cultures”and nations may only exist on “Western terms”, portraying those who refuse to comply as morally evil, despotic and deficient to rule, often as a justification to draw up popular support for conflict, military intervention and regime change. It continually attempts to portray global affairs as a sensationalized battle between good and evil, drawing on fictionalized narratives of a morally benevolent west battling against an evil, non-western political despotism that will “challenge the cause of freedom” or “morality” alike- Since the 19th century, such thinking has evolved from a focus on explicit racism towards a more subtle obsession with forcing liberal values on counties of different political traditions. 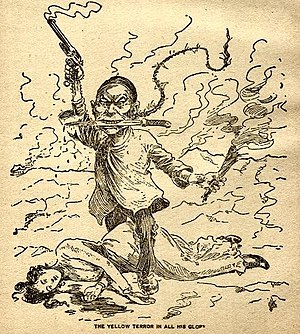 Such thinking between the West and China has a long tradition, all of which has laid the foundation for the popular Sinophobia we see today (as described above). In the 18th and 19th centuries, European states sought to depict the Qing Dynasty as a backwards state in need of “western help” to achieve modernisation. In a form not too distant from today, the Chinese people were described in the literature of era as naturally despotic, cruel, barbaric and therefore incapable of governing their own affairs. European powers drove such stereotypes as mandates to wage war against the Qing Dynasty and force political and economic concessions from the central kingdom, including the annexation of Hong Kong to British rule. Although European powers never succeeded in annexing China in the way they had done to Africa, the Middle East and South Asia, such attitudes remained deep rooted and transcended into the modern era. 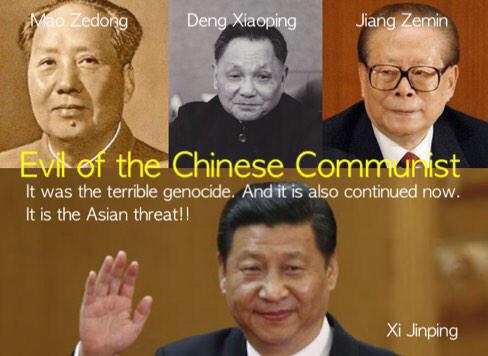 Nowadays, as elaborated in Daniel F. Vukovich’s “China and Orientalism” (2012), contemporary China is constructed as a “lesser other” to the West who must be gradually pressured into adapting the west’s way of life and thought. Popular opinion elaborates the Chinese regime under a racist stereotype of “Oriental Despotism” emphasizing their dis-trustworthiness, evil intentions, lack of humanity, brutality and threat to Western supremacy. Liberal minded individuals and governments scorn China for “human rights”, drumming up highly exaggerated imaginations of “Tiananmen”, “censorship” and “Tibet”. Such concepts are entrenched by equally as misleading portrayals in the media and film industries. It rests on the same archaic thinking that “natural” Chinese thinking and culture are incapable of progress in the way we believe it ought to be and therefore “westernisation” is mandatory”. Even Hong Kong, influenced deeply by British rule, conjures up extreme stereotypes of the “mainland” （内地）, attempting to disassociate itself from the concept of “China” as much as possible.

Orientalist thinking is an insult to Chinese culture, society and tradition. It effectively declares the Chinese people cannot think for themselves, that they are inherently ignorant of a situation that we have told them is apparently “bad” and therefore we have to paternalistically save them from themselves! How big of an insult is that? “Sorry China, you don’t know what’s good for yourself, so you have to become like us!”

To challenge “Orientalism” and “Sinophobia” requires that we stop thinking about the world in Liberal Universalist terms, stop believing the foreign policy narratives of western powers, ignore the media portrayals of non-western states (good examples include: China, Russia and North Korea), think more critically about our own culture and values in contrast to others and study other nations more in depth. Orientalism is not a conspiracy, but rather a subconscious bias stemming from a lack of attempts to think about the box. To assume that the Chinese regime is evil or immoral just because it doesn’t subscribe to democracy is wrong, because it is built on a popular western stereotypes of “Oriental Despotism” which carries heavy political biases.

View all posts by Tom